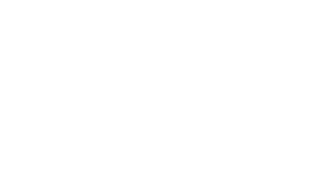 The church was started in May 1907 consisting of four members: Mr. and Mrs. D.L. Elrod, Mr. Frank Chastain and Mrs. Magnolia Wilson.

Rev. R. B. Hayes held a tent meeting and one year later the church was organized by Rev. John J. Carter. It was known as the “West Anderson Fire-Baptized Holiness Church”.

Rev. W. D. Smart, a young minister of Belton, SC was the first pastor and the services were held in different cottages.

The church made a decided growth when Rev. A.C. Craft came as pastor and held a tent meeting. Mr. Fowler built a hall on Lee Street, the site of the tent meeting, for this band to worship in.

The year 1914, Rev.Ralph Taylor (For whom the church was later named) served this church as pastor. He held a very successful tent meeting on Quinn Street where Unity Fire-Baptized P. H. Church now stands. He was assisted in the music by Mr. B. C. Harbin and Rev. G. R. Thomas. West Anderson Church bought the lot where the tent stood to build a church.

Rev. W. H. Clark served the church as pastor in 1916. He was followed by the Rev. D. R. Brown who served until 1920. It was during his pastorate that the lot on Quinn Street was exchanged for one on the corner of Glenn and Quinn Sts. (the site of the present church). The dwelling house that stood on the lot was used for worship for several years.

Rev. E. E. Thompson of Oklahoma was sent as pastor for the year 1921. Much good was accomplished in the tent meeting that he conducted on the Glenn
Street School lot.

Rev. D. R. Brown returned as pastor for one year and 1923 Rev. W. H. Clark was sent again. But resigned before Conference met in November. Rev. Ralph Taylor finished the year and was sent by the Conference as pastor for 1924 and he served continuously until October 11, 1936.

At a watch-night service 1924-25, Rev. Ralph Taylor, Messrs. W.H. James and M.E. Blackstock (perhaps others) decided to tear away a part of the dwelling house and convert it into a church building. The latter part of January 1925, work was begun on the new church and some time in March was finished, ready for worship.

Now that a suitable place was ready for worship the need of a better name than West Anderson was felt so the fact that the church was directly in front of the largest grammar school in S. C., namely, Glenn Street, that was decided as being the best all-around; hence it was named “Glenn Street Pentecostal Holiness Church.” At this time it still had two charter members, Mr. and Mrs. D. L. Elrod. Rev. Ralph Taylor was pastor from

In 1979 the church acquired the Estes Elementary School Property located across the street.

In 1981 Rev. Zeb D. Smith returned as our pastor, serving until illness forced him to retire in January 1989.

Rev. Mark Green was installed as pastor in January 1989.

Our current pastor, Dr. Brent Lollis came to be our pastor in September 1998.